A natural leader and highly motivated entrepreneur, Karl Bauermeister is the CEO of Finance Africa, looking to build on his illustrious career by creating the environment where South African business can be successful in the 21st century.

It takes dedication, self-discipline and commitment to represent your province at one sport, but such is Karl’s dedication, that he achieved this amazing accolade in six sports.

As CEO of Finance Africa, he reflects on his journey and ambitions for the future of the industry he loves.

Karl’s success in representing his province in many sports led him to consider a career in sport, but deciding that wasn’t on the cards, it seemed natural to apply the lessons of the sports field to his professional career in financial services. He started his career within First National Bank (FNB) and went on to WesBank in the asset finance division. He then moved on to McCarthy’s new finance company as GM, which was an opportunity to start something from scratch.

Karl says: “By 35 I was back at FNB, and rose through the ranks to Chief Operating Officer within a division as one of four CEOs in their retail sectors, tasked with changing the culture at branch level. This was hugely satisfying and required a different kind of leadership, but I missed asset finance, my true passion.

“I got back into asset finance with FNB Home Loans which needed some ‘fixing’, allowing me to learn another major segment – property finance.

“In business, as in life, you have to keep learning and pushing yourself to achieve more.”

In Karl’s early 40s, he was asked to join the then Stannic within the Standard Bank Group and was party to transforming it into a much respected business within the motor industry of South Africa. Having to build a new team again from scratch to service their elected markets was a very fulfilling task with amazing results.

It’s a cliché because it’s true

Sporting clichés abound in business, but clichés often have more than a grain of truth in them. Karl’s background in the sporting world has informed his understanding that the success of the business depends entirely on the culture of the team. Karl was with WesBank when RMB bought FNB, and on the back of 3 000 retrenchments, morale was low. He was asked to step in and ingrain a positive culture across FNB. No mean feat. Two-and-a-half years of concerted effort brought about change, the results of which are still evident in the success of FNB today – something Karl with his colleagues are proud to have been part of.

Karl believes that the role of a leader is to get the team working and develop each individual – starting with identifying people more talented than you. Then you can get everybody on board, in the right positions, ready to push forward together to achieve the mission.

Culture is always there

Karl says: “Culture exists right through the organisation, whether it is the one you want or not! To get the one you want, you need to engage with everyone to build the culture from the bottom up as well as from the top down.

“Having a shared set of values is critical to achieving the vision. Setting the vision and the values by engaging with the broader team ensures that the culture of the business lives in everything we do. Having everyone aligned means we share in the successes and the failures as a whole and I have never failed by doing that.”

On leaving a legacy

Karl’s work over the years in consciously building cultures means there is always a piece of him left behind in the business, even after he’s moved on.

“I see the success of the businesses I have worked in is still there, and as they face new challenges ahead, that culture will see them through. When you move away there is obviously a change in leadership and your hope is that they will have the same values that brought about the success in the first place.”

He relishes the challenge of turning around a business or team, finding their passion, building the culture, and seeing the success that the team creates reflected in them, even when he is no longer there to reap the rewards himself.

Again, it’s a lesson that comes from the sports field: setting up others to succeed is the cornerstone of his approach to business.

At 57, Karl feels like he’s only just gotten started. With so much still left to do, he believes these are great times to be “in the trenches” of South African business, and that with Finance Africa, he gets to make a difference through the opportunity to build a team that will create success for others and their families.

The dream for Finance Africa

Karl’s aim is to build Finance Africa into the asset-based intermediary of choice in South Africa. They will move to having their own funding and still build those strong funding and banking relationships they have now.

Finance Africa will be a place that businesses comes to, to help make their dreams come true – by using asset finance to rent the equipment needed to get the job done rather than owning it will free up cash flow needed to grow the business. There is still so much that businesses need to know on alternatives to purchase; Karl recognises that one of the key roles for Finance Africa is to educate their business leaders and entrepreneurs in alternative methods of asset funding.

Oh, and he’d also like to play some golf!

We're not around right now. But you can send us an email and we'll get back to you, asap. 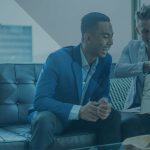 Your company can grow again, with the right finance partnerArticle 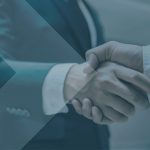